Building high performance equestrian athletes from the ground up 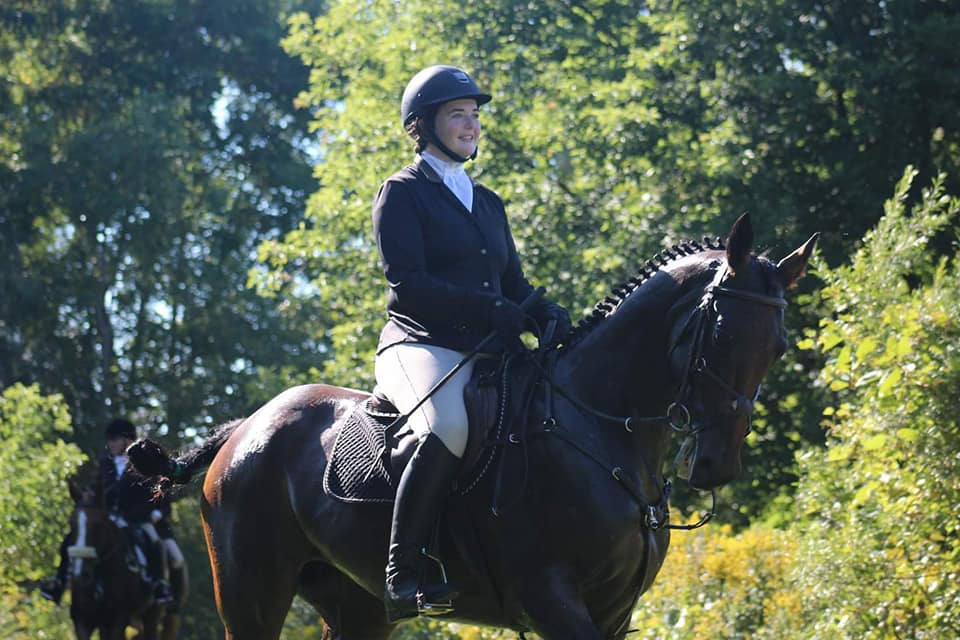 Jennifer Janssen has been riding since 2001 and training with Daisy Kosa since 2015. Jennifer grew up on a Dutch farm and successfully trained Welsh ponies and KWPN horses from the ground up. She won the national dressage championships with her Welsh pony Blue (Leunsveld’s Lord) in 2009, jumped the KWPN mare Jenny (Dageraad) to the 1.10m Provincial Reserve Championship in 2011, and evented her Welsh pony Houdringe’s Gracia (Coelenhage’s Let’s be the Best) to a bronze medal in her final pony championship.

In 2012, Jennifer immigrated to Canada and was lucky enough to get a recommendation from Daisy and ride with Diane Creech at Bennville Equine in Hagersville, ON. She successfully competed the 5 year old Hannoverian mare Heidi Im Glück (Hotline) and 18hh Hessen gelding Rubirondo (Rubin Star N) in the Ontario dressage rings. Jennifer and Heidi became the 2012 high point rider with scores up to 75% and learned the PSG movements on Rudy. She also imported her BWP mare Fleur de Lys (Heartbreaker x Capitol) and trained her up to 3rd level dressage and 1.30m jumping before selling her to the Florida YR Circuit.

In 2013, Jennifer switched her competition boots for McMaster University textbooks and started to prioritize her studies. During this time, Daisy Kosa provided her with young horses to train. Upon graduating from Civil Engineering & Society, Jennifer spend the summer working for Holly Jacks Equestrian. After starting a fulltime engineering career in the fall, she returned to Hamilton to further the training of the Rheinland Warmblood Roswell LF. With the help of Daisy, Jennifer hopes to train her for a third level dressage test and jump Roz in the 1.10m A-Circuit. Jennifer’s ultimate goal is to successfully complete a Grand Prix dressage test.

Theme by Anders Noren — Up ↑